The study system for this project is located within the Angelo Coast Range Reserve , a part of the University of California Natural Reserve System.

Climate change will alter terrestrial ecosystems. However, the strength and the direction of change will be shaped by feedbacks, most of which will be difficult to predict. Of primary importance in this regard is how the distribution of carbon between the atmosphere and the subsurface will change in response to altered rainfall, temperature and vegetation patterns.

In this project, we are investigating how different rainfall impacts the dynamics of carbon stored in grassland soil, and the potential consequences for release of carbon and other nutrients from soils to streams. The research is being conducted in a large series of grassland experimental plots in the Angelo Coastal Reserve in northern California that have undergone controlled rainfall manipulation over the past 13 years.

Considerable research has been done to define the above ground (largely vegetation) response to rainfall manipulation by our collaborators, Prof. Blake Suttle (Imperial College, London) and Prof. Mary Power (UC Berkeley). However, little is known of the microorganisms that play vital roles in the processing of this largely vegetation-derived soil carbon and how the metabolic activities that occur at different soil depths ultimately impact DOC discharged into streams. 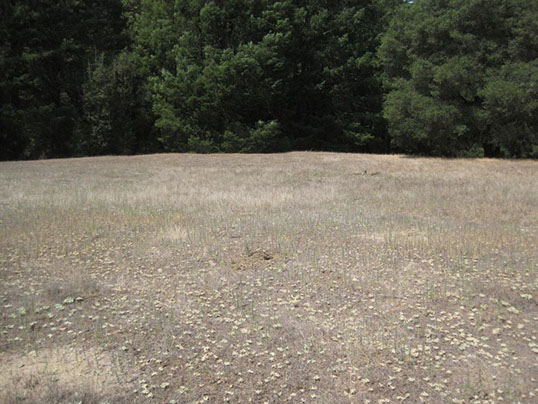 We are studying the period around the first fall rainfall event, when soil-associated carbon fixed during spring growth is rapidly metabolized, focusing on climate manipulations that differ 1) in the amount of Spring rainfall (above-ground carbon stocks) and 2) on the period of time following the first fall rain events (soil microbial communities) and 3) soil depth.

Metagenomics, proteomics, transcriptomics, and metabolomics are being used to compare the membership and functioning of soil communities at three different depths below the grass root zone. We are tracking C, N, and H into specific microorganisms and pathways within field samples by leveraging our ability to amend the meadow with stable isotope-labeled compounds.

Overall, this program will result in critical advances in our understanding of soil microbial community carbon cycling to address the question of how the grassland ecosystem will respond to future climate change. 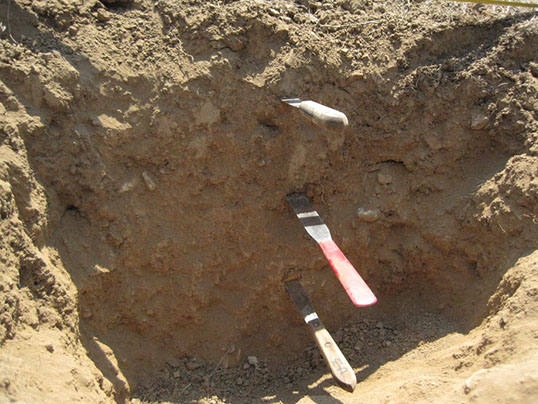